When Juvenile Crimes Mean Decades of Incarceration Part 3: The Voices of Students Excluded from School

We Listen to These Student Voices to Face What They Experience

By writing Prelude to Prison: Student Perspectives on School Suspension, Marsha Weissman gives suspended and expelled students a voice in telling the story of what happened to them, how they feel, how it affected their lives, and what could have been done to support them. Listen to Marsha’s C-Span Interview (13:30 min).

Marsha tells the story of one 15-year-old African American student. (Lightly edited for length and clarity.) This young man was on the school bus with his younger brother, and his younger brother was being bullied in school. One day, the younger brother brought a knife. The older brother realized he had a knife on him. As they were getting off of the school bus, the older brother took the knife away from his younger brother and intended to turn it in. He knew and supported the policy regarding knives. He didn’t want his younger brother to use a knife and get into trouble, or harm someone. But as the brothers were getting off the school bus, the older brother had the knife. Both boys got pulled off of the bus. They were both suspended for a year. This young man is big, and he looks like a tough guy. But as he’s telling me the story, his eyes filled up with tears. He said, “I support the policy. I took that knife away from my brother because he didn’t need to have a knife in school. But they wouldn’t listen to me. They wouldn’t hear me.” Then he said, “I know they had to do something because my hand touched the knife. So, I understand they had to look into it. But they didn’t hear why. And they didn’t believe me. And they said I was a bad kid. And that hurt me so bad.”

Marsha found this student’s story heartbreaking. She could see how harmful that experience was. It eroded this young man’s faith in justice. He wasn’t opposed to accountability. But what happened to him, he didn’t think was fair. He didn’t think was just. Adults should be better equipped to hear the nuances of their student’s stories and respond in kind.

Marsha says that so much of this story echoed her experience working in the criminal justice system. But she found these stories she heard more horrifying because we’re talking about education. Kids talked about being suspended, that it’s analogous to an arrest. Even in those cases where they weren’t arrested, it still echoes how many people in the criminal justice system are overcharged. They may have done something wrong, but the charges are often escalated. The students said that the experience of the hearing was very much like a trial. One young person said to me, “They really don’t want to hear you say anything. They just want you to plead guilty and take your punishment.” 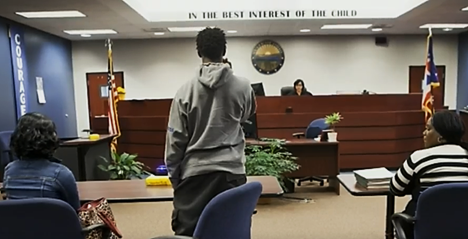 When Marsha Asked Students What a Good Teacher Was, They Uniformly Responded:
“A Good Teacher Is Someone Who Gives You Chances and Help”

Shayna: “Instead of kicking you out for something, she would help you. She would do what she got to do to make you pass and get good grades and make you understand stuff better.”

Jayda: “He [the teacher] was honest. He kept track of us [to make sure] we aren’t slacking on the work. He will help us with it. He will push us up to make us want to do work. He would explain to us what we are supposed to do instead of explaining one time. He made sure we are really getting it. He would ask, ‘Do you guys understand this?’ If we say no or yes, he’ll help more.’”

Kwame: “A good teacher to me is someone who is willing to take time, like after school or in the beginning of the day or even on breaks, something that they have, any time that they have to help a student get a question, or get. . . anything, if they need help on something.”

Carlos: “Because to really want to do your work, teachers would be telling you, you did really good on this test, you tried, you tried your best, I seen you struggling. This would make me want to do more.”

Marsha writes that the students had ideas about what works when addressing behavioral problems at school: social supports and counseling over punitive discipline. This fits the research regarding best practices in education. This means putting student learning and individuality ahead of setting rules and standards designed to create conformity.

Chapters of Prelude to Prison with Student Interviews:

In addition to the voices of students, Prelude to Prison presents recommendations for policy, practice, and political change that have the potential to dismantle the school-to-prison pipeline. 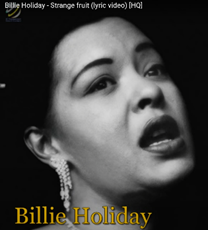 Abel Meeropol, a Jewish English teacher at DeWitt Clinton High School in the Bronx, wrote “Strange Fruit.” Abel was very disturbed by the continuation of racism in America. After seeing a photograph of a lynching, it haunted him for days. Being a poet and musician, he expressed his feelings by composing “Strange Fruit.” Abel played the song for a club owner, who then gave it to 23-year-old Billie Holiday in 1939.

New York lawmakers interrogated Abel, asked if the Communist Party had paid him to write the song. An FBI agent forbade Billie Holiday to perform “Strange Fruit.” When she continued to sing it, the agent devised a plan to destroy her. Knowing Billie was a drug user, he had agents frame her by selling her heroin. She was in prison for 1-1/2 years. When released, authorities refused to reissue her performer’s license. Click here for more details of this story [short read].

Awards:
1999: Time magazine named “Strange Fruit” as “Best Song of the Century,” December 31, 1999
2002: The Library of Congress: One of 50 recordings chosen that year for the National Recording Registry
2010: The New Statesman listed it as one of the “Top 20 Political Songs”
2011: The Atlanta Journal-Constitution listed the song as Number One on “100 Songs of the South”