The Diverse Minds of Autism (Part 2 of 4)

There is no way to cover this topic fully. There are different theories and information. There are many of us who know parts and pieces, often not connected to one another. For those of us in this state of knowledge, I chose the following approach: 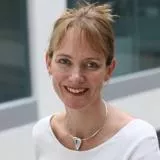 Key Findings Regarding Autism in Girls/Women, Students with Mental Health Issues, and the Elderly 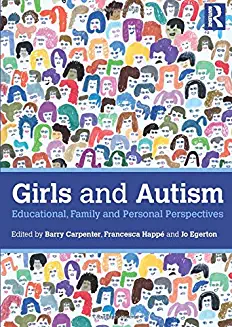 It was previously assumed that autism is much more common in boys than girls. However, the diagnostic system appears unfair to women. There are many women with very high autistic traits who are being missed, or possibly misdiagnosed with something different. In reality, the male to female ratio is perhaps three to one.

People sometimes estimated that Asperger’s syndrome was 10 males to every one female. That led to a real bias in research. Some studies did not even bother to recruit females. Consequently, what we think we know about autism, is autism as shown by males. Whereas there may be a whole different manifestation in some women and girls on the spectrum.

One cause of underdiagnosing girls may be that they act differently than boys when they talk about their “special interests.” Special interests in girls can be unusual in intensity, but not unusual in their focused subject matter. A 15-year-old boy says, “I’m really interested in electricity pylons,” and can show you 100 photographs he has taken. Clinicians will probably consider autism. Ask that question to a 15-year-old girl. She says she likes horses. These responses are often disregarded. Clinicians should ask more about that interest. Possibly she is only interested in one specific breed and memorizes facts about them, but she does not really want to see them. Without this deeper query, some girls fly under the radar diagnostically.

Additionally, there is something about the body language in women, the fluidity of movements, the movement of the face, and so on. I have met enough women and girls on the spectrum to build up a “fuzzy prototype” of what this might look like in females with autism.

Women – and some men – tell us that they work terribly hard to wear a neurotypical and non-autistic “mask.” Some say they chose a girl at school or a woman at work who seems socially successful. They copy everything about her: how she dresses, does her hair, wears her makeup, what she talks about, how she talks, the way she walks. That becomes the “suit of armor” that they put on to avoid being bullied or being ostracized, or to try and fit in, or to have a chance for a better job. These are conscious and/or unconscious masking strategies.

Autism is not just a lack of social interest, nor do autistic people find every aspect of social life difficult. Autistic people have emotional empathy. They are attached to their parents and those they love.

Read “thumbnails” of these women diagnosed with autism as adults – what they felt like as children, and how their diagnosis changed their self-understanding and improved their lives.

Francesca’s research finds that autistic people show higher rates of mental health difficulties, particularly anxiety, depression, and ADHD. For example, if a woman has an eating disorder, the clinician stops there because that is a female-typical condition. They need to inquire if it is about body image, the norm for eating disorders. Or is it about keeping weight at an exact number, a specific prime number, rather than about emotional health difficulties.

Another problem is assuming autism is a reason for anxiety. But there is no reason why somebody who is autistic is expected to live with high anxiety or with depression. Anxiety and depression are important mental health issues that are often very treatable. Adapting treatments like cognitive behavior therapy for children and adults with autism is something we should do. Even treatments for things like sleep problems can be life-changing.

Characteristics of how autistic people think may make them at higher risk of experiencing PTSD. We also know that autistic people are exposed to bullying and negative life events more often than non-autistic people. This creates a perfect storm.

Autistic people will be traumatized by things that non-autistic people might not recognize as trauma. An example, a person who takes the same bus to work every day. If one day that bus takes a detour, dropping him off where he has no idea how to get to work. He will be late. He panics. He does not want to take that bus anymore. He sweats and shakes walking past this bus stop. He is re-experiencing all the fear that he experienced during that event. However, that autistic person may not receive a PTSD diagnosis or the mental health support that is needed.

Francesca has begun research regarding autism in elderly people, especially those who are hospitalized. Hospitals are horrible places if you have sensory sensitivities, as autistic people often do. These hospital patients have no control over these sensory stimuli all around them. These older autistic adults, who most likely no longer have parents, need our attention. We need to develop means for supporting them.

If we could get society to be more accepting, where the right accommodations were made for autistic people routinely, then autistic people would not have to do “masking” and “camouflaging.” We could appreciate them for who they are, and the enormous contributions they can and do make to society. 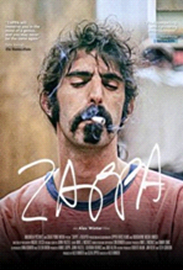 “Without deviation from the norm, progress is not possible.”
– Frank Zappa

Next Blog Post: The Mind Diversity of Autism, Part 3 – Experiences and insights from a parent of a child with autism attending public school.