Henry Winkler says, “Your thoughts are what powers your engine. They’re the fuel for your future. Just your thoughts, and what you do with them.”

Winkler explains the emotional component to having dyslexia, not keeping up, not being in the top 10%, but being in the bottom 3% like he was. You start to believe what you’re feeling, what you’re hearing…you’re lazy, you’re stupid, you should know this by your age. You ask yourself “why can’t I know this?” “How is it possible I can’t figure this out?” Your self-image starts to plummet.

Winkler took geometry for four years. He finally passed it with a D-. Winkler chuckles “since that moment in 1963 until today, not one human being has ever said hypotenuse to me.”

Winkler’s philosophy is that “children have got to know that it doesn’t matter how you learn. It doesn’t matter what your grades are. So how did you know that you had gifts, when you were feeling not so sure of yourself? I felt the gift. I felt the desire, burn right through my soul.”

While struggling in school, a mentor said one sentence that Winkler keeps in his heart to this day. That school mentor said, “Winkler, if you ever do get out of here, you’re going to be great.” Winkler wrote 17 Hank Zipzer books for kids who are alternative learners to see their own creativity and success. 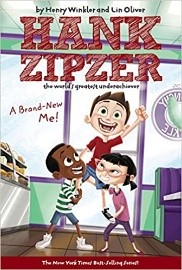 Our educational systems and the requirements for graduation can crush kids’ spirits. We must teach our children the way they learn, not how we think they should learn.

Large businesses are home to many alternative thinkers. As long ago as 2002, Betsy Morris wrote an article in Fortune magazine, focusing on leaders in Fortune 500 companies and other well-known successful people with dyslexia, ADHD, and other different thinking minds. Despite extreme success, many of these people had self-doubt and insecurity into adulthood, even after becoming industry leaders. Here are snapshots of a few of the people portrayed in that article.

Kinko’s founder Paul Orfalea said, “I was a closet bad reader…I never showed anybody my handwriting until I was in my 40s.” Orfalea’s dyslexia and ADHD contributed to his D- report card, and his flunking two grades. “While I hated the education system and going to school, I did love learning. I still love learning. I want to help students especially those who don’t like school so they can still learn and flourish.” Orfalea turned his dyslexia and ADHD into his superpowers with the help of supportive parents.

John Chambers, founder of Cisco, says his dyslexia is very painful to talk about, even today. “The only reason I am talking about it is 100% for the kids and their parents.” In this 4-minute YouTube video, Chambers tells the story of how he inadvertently exposed his dyslexia to 500 of his employees on Take Your Child to Work Day. It had positive outcomes!

Charles Schwab, founder of his well-known investment firm states, “I went through life until 40 before I knew about dyslexia. When I look at the words ‘the cat crossed the street,’ I have to sound it out to get meaning. I majored in economics. The first two years I struggled because there were so many subjects. I flunked English twice. They just passed me through the third time.

“Now that I’m older and focused on investments and economics, I can see some words and concepts clearly. But if you gave me a book on some subject that I’m not familiar with, it would take me twice as long to read it as anybody else, and I’d have a tough time answering questions on what I’ve read.”

Richard Branson, serial entrepreneur, thought himself stupid and was often punished at school for his inabilities. Consequently, Branson left his formal education while in high school. He then started a literary magazine as his first venture. Branson tells us parts of his story and struggles with dyslexia, as well as the qualities from his dyslexic brain that he feels make him successful in this 4-minute YouTube video.

And to this illustrious list of entrepreneurs, I add my own experience of working with small business owners whom I have no doubt were alternative learners. I started a home-based business in the mid-1980s, setting up small businesses with their first computer software programs. My clients started these businesses for many different reasons: to fulfill their artistic vision, to change the path of their lives, to gain independence, to enjoy a new challenge, to escape ill-fitting conventional jobs, and much more. My grandson TJ, whom I am raising as his kinship caregiver, plans to take a one-year certificate course in business to help prepare himself for his future.

There is a Dark Side Behind These Success Stories

The successful business leaders, despite their success, did not know they had dyslexia, ADHD, or another alternative brain configuration until they were well into their adulthood. Some discovered it when their children were diagnosed. What happens to the millions of children who do not find their own successful path?

In the Fortune magazine article, Gaston Caperton, Head of the College Board in 2002, stated the tragedy for many students who are not diagnosed. “The prisons are filled with kids who can’t read,” says Caperton. “I suspect a lot of them have learning disabilities.”

We need to push our school systems to do early screenings for dyslexia, especially when teachers or parents see students who are struggling. We must alert parents to watch for signs of dyslexia. We must support parents in asking their schools why their child is struggling. Parents should not accept the teacher’s word that their children cannot learn well. We must stop this portion of the school-to-prison pipeline, which is likely 20% of our students. This is most imperative for BIPOC families, for these are the children most likely to flow down that pipeline to prison.

Read Dyslexia Signs at Different Ages by Understood for All, Inc.