Frederick Douglass, one of the greatest minds in American history, was born into slavery in the early 1800s. Douglass would live to see the Civil War, Emancipation, Black men getting the right to vote with the 15th amendment, and the beginning of the terrors and humiliations of Jim Crow.

Frederick Douglass was born on the eastern shore of Maryland, a true backwater. At this time Cotton was King, growing into America’s largest crop and commodity. Consequently, slaves became the single largest financial asset in the entire American economy.

Douglass writes, “I have no accurate knowledge of my age, never having seen authentic records containing it. By far the larger part of the slaves know as little of their ages as horses know of theirs, and it is the wish of most masters to keep their slaves thus ignorant.”

“My mother and I were separated when I was but an infant, before I knew her as my mother. It is a common custom to part children from their mothers at a very early age. For what the separation is done? Unless it be to hinder the development of the child’s affection towards his mother, and to blunt and destroy the natural affection of the mother for the child. This is the inevitable result.”

Douglass wrote that as a child, “I have often been awakened at the dawn of the day, by the most heartrending shrieks of an aunt of mine, who he used to tie up to a joist and whip upon her naked back until she was literally covered with blood. No words, no tears, no prayers from his gory victim seem to move his own heart from its bloody purpose. The louder she screams, the harder he whipped.”

“I was seldom with my old master and suffered little from anything else than hunger and cold. I was kept almost naked, no shoes, no stockings, no jacket, no trousers. Nothing on but the coarse towel linen shirt, reaching only to my knees. I had no bed. I would have perished with cold during the coldest nights, but that I used to steal a bag, which was used for carrying corn to the mill. I would crawl into this bag, in there to sleep on the cold, damp clay floor with my head in and feet out. My feet been so cracked with the frost that the pen with which I’m writing might be laid in the gashes.”

Then, at age seven, Douglass was sent to Baltimore, an active city, a large port, and a major shipbuilding center. In this metropolis, there are Free Black men and women as well as slaves.

Douglass was to be a playmate to his owner’s brother’s son. This stroke of luck changed Douglass’ life forever. Sophia, the lady of the house taught Douglass to read, which he took to in an insatiable manner. The master of the house told to her stop teaching him. Douglass quotes him, “A N*** should know nothing but to obey his master, to do as he is told to do. You can’t teach that kid anymore. Learning would spoil the best N*** in the world.” But Douglass’ desire for reading was well established, and he read everything he could lay his hands on.

Douglass later said that this was the first anti-slavery speech he ever heard. If this is such a precious skill, and they do not want me to have it, I need to have it. Reading is maybe the way out of this. “To scatter the clouds of ignorance and air from the atmosphere of reason. To remove the film of prejudice from the mental eye.”

Douglass collects everything he could read. He gets his own copy of an extraordinary book called Columbia Orator, which is a manual of orators. He said, “Every opportunity I caught, I used to read this book.” This book had a great influence on Douglass’ imagining his way out of slavery.

Listen to https://www.stitcher.com/show/throughline/episode/the-most-sacred-right-2020-85435769 or Throughline from NPR, “The Most Sacred Right” from July 14, 2021 on your favorite podcast provider.

From the 7-minute mark to 23 minutes, you hear more of Douglass’ early years. The podcast tells how Douglass worked as a teenager; how he planned with supporters to make his escape to freedom; how his love, a Free Black woman, joined him in the north and married him; and how he voted at age 21 while still being a fugitive from slavery. The second part, from 23 minutes to 50 minutes, lets us hear his oratory and his life as a statesman until his death. He believed in immigration, including Chinese immigration because they came from a 3,000-year-old civilization and we could learn from them. Most importantly, Douglass believed in free and equitable voting – its necessity for democracy, its representation for all peoples, and its power.

“A Change Is Gonna Come” (Official Lyric Video) from Jan 22, 2016
Written and Sung by Sam Cooke [You can read the lyrics at the bottom of this blog post] https://www.youtube.com/watch?v=wEBlaMOmKV4 (3 min, 10 sec) with 60 years of incredible photos. 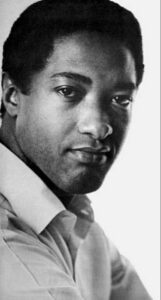 The song was inspired by events in Cooke’s life, most prominently when he and his entourage were turned away from a whites-only motel in Louisiana. Cooke felt compelled to write a song that spoke to his struggle and of those around him, and that pertained to the Civil Rights Movement and African Americans.

In 1964, Cooke was shot and killed by the manager of a motel in Los Angeles. After an inquest and investigation, the courts ruled Cooke’s death to be a justifiable homicide. His family has since questioned the circumstances of his death. 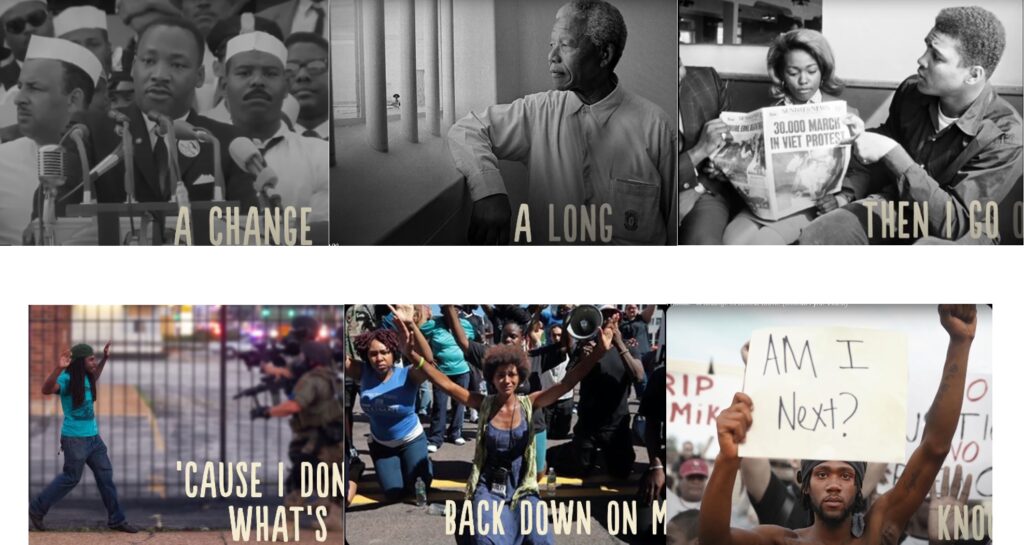 Next Blog Post: When Juvenile Crimes Mean Decades of Incarceration,
Part 2, The Preschool to Prison Pipeline

Lyrics for “A Change Is Gonna Come”