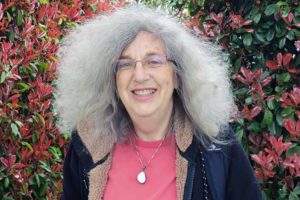 I kept a 13-year-old boy out of school for half of his second semester of 7th grade!

I had all five of this young teenager’s first-semester school exclusions overturned through Discipline Appeal Hearings with District Hearing Officers. The Hearing Officer for the emergency exclusions wrote that at most it should have been a detention. At the re-entry meeting following the unwarranted EE, the middle school principal stated clearly that he would continue these school exclusions whenever he saw fit.

Even though all of these school exclusions were overturned, the only benefit from the hearings is the removal of the suspension or EE from the student’s record. Because you can only appeal after the punishment occurs, the educational and emotional damage from the school exclusions cannot be undone.

You may wonder who we are and why this situation befell this 13-year-old boy. I am his 76-year-old grandmother. I am his sole kinship caretaker, with permanent legal custody.

My grandson came to live with me when he was at risk of being put into foster care in his home state of Colorado. He was 6-1/2 years old, just having finished kindergarten when he arrived. Tantrums ruled during his waking hours; night terrors tore apart his sleep. His behavior ranged from that of a 2-year-old to a four-year-old most of the time.

Many things went wrong at the middle school to get me to the place where I kept my 13-year-old grandson out of school for half a semester.

When my grandson was in fifth grade, my health slid downward mysteriously. Respite care is almost non-existent for kinship caregivers. My health struggles created instability for both of us.

A few weeks into 6th grade, it became clear that my grandson’s special education class was for students with behavioral issues who were treated as problem students. As my grandson stated, he felt like a bad kindergartener. He was not learning much. He spent part of each day alone or isolated in the Special Education classroom.

My grandson received two suspensions for behavioral problems. The middle school staff told me that I could not challenge these suspensions.

During a spring appointment with our psychiatrist at SOUND, I learned that the middle school staff had lied to me. The psychiatrist told me that those suspensions should not have happened. He told me to appeal school exclusions, noting that special education students should receive consideration regarding their disabilities.

In the middle of the 2nd semester of 6th grade, my grandson was moved into all general education classrooms under the 504 Plan. For the remainder of the semester, he received no school exclusions.

The middle school staff showed anger toward me for making this change from special education to a 504 Plan. They expressed anger at the school psychologist for recommending it.

The summer after 6th grade, the doctors determined my declining health was due to cancer. I had surgery in the summer and was in recovery during my grandson’s 7th grade school year.

When 7th grade started, I knew that I could appeal school exclusions. I had training and advice on how to create an appeal and on its presentation for a discipline appeal hearing. Every appeal hearing decision was in my grandson’s favor.

After three suspensions and other mistreatments, we were advised to get my grandson back in special education, and then move him to a K-8 school. After I made the request to the middle school to return him to special education, my grandson received the EE. We assume the EE was in retaliation to this request since the EE documentation had no basis in fact.

The middle school and the school district were slow to schedule the IEP meeting and the move to the K-8. We often felt “gaslighted.” Promises would be made, only to be turned around soon afterward. Delay followed delay until we were told my grandchild probably would not be enrolled in the K-8 before 8th grade.

Stymied in my own advocacy, I hired a special education attorney to make the move to the K-8 happen. With her one phone call to the school district’s legal department, we were moving ahead with vigor the following week. The move to the K-8 was achieved.

My family’s experience happens in far too many homes. In this blog, I will interview people fighting this punitive, unjust discipline system. I will interview those creating honest, kind, trustworthy, just alternatives. If anyone wishes to send me your experience, please follow up with me at adoyel@gmail.com.