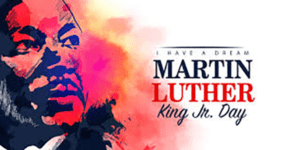 As I was preparing the documents for the administrative hearing, I heard the above quote during a program on Dr. Martin Luther King, Jr. It fit so well with my grandson’s situation, and the situation of so many students in our middle school. Over 10 percent of the students received school exclusions, most for multiple days and for multiple times during the year. Most of these students were BIPOC at this 1,100-student school. They were in their early teens. They were trying to grow up, to figure out school, to figure out life. Instead of receiving understanding, support, and encouragement, they were missing out on learning in the classroom, getting detached from school, and flowing toward the school to prison pipeline.

I wanted the hearing officer to understand what was happening at this middle school. My introductory page read:

The hearing officer’s conclusions showed multiple places where the school administrators had used their power over TJ in manners contrary to Washington state laws and educational procedures. These laws and procedures are designed to protect students from administrators who use their power unjustly – in TJ’s case, in retaliation for our fighting and winning prior unwarranted school exclusions.

These are three of the conclusions from the hearing officer, in her own words:

In this case, TJ posed neither.  The NDA describes a series of actions over the course of the week.  Although these actions might be disruptive to the school in cumulative effect, none of them is the type of action for which the emergency expulsion procedure is intended.  On the contrary, they appeared to be standard disruptive behavior.

Even if the school had chosen a different form of discipline, it is unlikely that this Hearing Officer would have found that the school had met its burden of showing that TJ had met the criteria for a charge of Interference with School Authorities.

As TJ neither used force or violence nor disobeyed an order to leave school property or disperse, the school focused its attention on the portion of the definition related to heckling or harassing school authorities.

Interference with School Authorities requires a finding that school officials were unable to maintain order or complete their lawful duties.

There is nothing in the record to suggest that other students remained, or even became, disorderly as a result of TJ’s actions. Additionally, the record appears to indicate that school officials were able to continue and complete their lawful duties.

TJ’s BIP (Behavior Intervention Plan) indicates that if TJ continues to show negative behavior, he will be offered the option of taking a break or going to the office, where he can expect consequences such as an after school detention or a lunch detention.

The school’s testimony indicated that TJ wasn’t following the plan. However, the BIP also imposes requirements on the school when he doesn’t follow the plan. There is nothing in the record to suggest that the school followed those portions of the BIP during these incidents.

Today I am pleased to report that TJ is currently in 9th grade, attending Cleveland STEM High School remotely. He is treated kindly and fairly by his teachers. He attends school daily, without the disruptions of school exclusions. TJ’s grades have greatly improved due to his own determination. TJ is once again attached to school, on track to graduate on time, and planning to apply for college. I am no longer fearful of TJ flowing into the Juvenile Prison System.