Part 2: Innocent Youth Charged with Incitement to Riot and Murder

Daniel Alarcón, New York Times Magazine, How Do You Define a Gang Member?
(Click on the title for the full 4,500-word article for an in-depth view of the criminal prosecution of this young man) 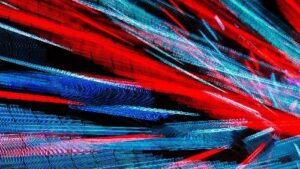 Laws across the country target young men who fit the description for gang affiliation, who wear gang “colors.” But what if these young people aren’t what they seem?

Alarcón covered a gang conflict that ended in the death of a young man, Erick Gomez. The actual killer got away, likely leaving the country.

Prosecutors put the young man, Jesse Sebourn, on trial for the murder. They argued that Jesse set off a deadly chain of events that led to the murder when he “tagged” or defaced a mural honoring dead members of the Norteño gang. Prosecutors argued that Jesse’s seemingly retaliatory action against the Norteño gang had the inevitable effect of inciting Erick Gomez’s murder.

The prosecution claimed that a group of Norteños attacked Jesse in retaliation for tagging the mural; Jesse then went out with a gang of Sureños looking for revenge and one of them killed Gomez. But the prosecution could not prove that Jesse was even present at the scene of the crime. So, they needed to link Jesse’s defacing of the mural to the murder that happened several hours later.

Note: The criminal standards for incitement were defined by the 1969 Supreme Court decision, Brandenburg v. Ohio, which found that the First Amendment protects even speech that advocates violence or breaking the law unless it is “directed to inciting or producing imminent lawless action and is likely to incite or produce such action.”

Prosecutors theorized that Jesse, as a Sureño, knew that tagging the mural was a declaration of war, “the equivalent of firing a shot.” The death of the gang member was a natural and probable consequence of his defacing the mural. It followed, by this logic, that Jesse was as guilty of murder as if he had pulled the trigger himself.

At trial, prosecutors showed the jury photos of Jesse and his friends scowling at the camera, drinking malt liquor, and dressed in blue jerseys. They looked like gang members — a fact that was not legally relevant but would certainly influence a jury. Moreover, by wearing blue jerseys, they had marked themselves as Sureños — the gang responsible for the murder of Erick Gomez. The wrong clothes could send Jesse to prison for murder.

Jesse’s defense attorney also used gang dress codes to show that his client was innocent. He showed the jury a photo of Jesse and his young son, who was dressed in a red shirt and shorts. “Would someone who was a Sureño criminal street gang member… be taking photographs of his son wearing all red…?” he asked the expert witness for the defense, former gang member and criminal defense consultant Dr. Jesse De La Cruz. “Of course not,” De La Cruz replied. De La Cruz thought Jesse and his friends were “pretenders. Poseurs.”

Jesse’s trial had ended in a hung jury. Dress codes could make clothing evidence of guilt or proof of innocence.

What does this trial have to do with our school systems?
Everything!

You don’t need to take my word for this. Watch the Washington State Office of the Superintendent of Public Instruction’s superb training video. [Start at 2:30 minutes] 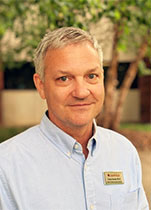 Dr. Terry Scott is a professor, distinguished scholar, and the former Director for the Center for Instructional and Behavioral Research in Schools. He is currently at the Stanford Research Institute. Dr. Scott wrote very early on about positive behavior supports and personal dignity, inclusion, and wellness. He was writing and speaking about gaps in achievement as gaps in teaching behaviors well ahead of his time.

Here are some of the highlight of Dr. Scott’s personal experience and extensive research:

What I was thinking when I taught… you’ve got to catch them before it happens, you have to nip it in the bud. It’s a generalized paranoia of thinking all the time, who’s going to do what? While doing this our biases creep in. I watch the ones I suspect more closely.

Anybody that we watch closely for misbehavior, we will find misbehavior. It is a self-fulfilling prophecy.

If teachers have implicit biases toward minorities or students with disabilities or whatever else it might be, they automatically think about those students differently, which causes them to treat them differently. This may not be purposeful. It is most likely implicit bias. We all have it. We need to recognize it and own it. If I think that one kid is more likely to have a problem than another kid, what positive actions can I take to make that problem less likely to happen in the first place?

After studying 23,000 suspensions, it is clear that the best place to stop suspensions is in the classroom. Research was done by going into 60 schools, watching student behavior, and watching what the teachers did. From elementary school through high school, there is no difference between white and non-white students in terms of disruption, being off task, or active engagement. However, the 60 schools were hugely disproportionate in disciplinary actions. A student of color was 10 times more likely to be suspended than a white student. When I hear the idea of “certain groups of kids having more problems”, I know this might be from an experience with some small sample. Most likely, however, it is from implicit bias.

Dr. Scott’s formula for student success:
A (Students) + B (Teachers Behavior) = C (Outcomes/Things you as a teacher would like them to do)

The next step is yours, Dear Reader, whether you are a parent, a teacher, an administrator, or a staff member. Watch this YouTube training video! [Start at 2:30 minutes] As for parents, watch so that you know how to respond when your children are blamed for their behavior or suspended or told they aren’t learning well. All school district personnel should watch to learn how to create student success using positive and kind methods. Everyone should watch so our children can become all that they are capable of being… and not go down the school to prison pipeline because of untrue assumptions or biases.

Next Blog Post:
The Math Genius Who Could Not Learn His Multiplication Tables

If you are interested: Listen to 1969 Supreme Court decision, Brandenburg v. Ohio for the oral arguments for this precedent-setting case regarding Inciting to Violence. The case involves 20 KKK members on a farm in Southern Ohio, planning to overrun the U.S. Capitol.